A Jerusalem school was set ablaze last night by “extremists” who daubed walls with racist slogans against Arabs in a suspected arson attack.

The Max Rayne Hand in Hand School, which has 624 Arab and Israeli students from East and West Jerusalem up to 12th grade, shows signs of having been intentionally set on fire as two classrooms were severely burned.

The source of the fire was found to have been in one of the two nursery classes, in the largest Arabic-Hebrew bilingual institution in the Israeli-run state, which had walls and books charred by flames.

Graffiti in Hebrew was found spray-painted on the walls, in the Pat neighbourhood of Jerusalem, with slogans such as “You can’t coexist with a cancer,” “[anti-Arab rabbi Meir] Kahane was right,” “Enough with assimilation” and “Death to Arabs,” according to Haaretz.

Jerusalem Mayor Nir Barkat said: “We will not allow pyromaniacs and criminals who take the law into their own hands to disrupt our daily lives.”

“We will continue to denounce the extremists and do whatever it takes to restore the quiet to Jerusalem,” he added.

At a cabinet meeting, Prime Minister Benjamin Netanyahu condemned the attack and pledged to act “forcefully” to return “the rule of law” across all parts of the city which has experienced intense disruption after both Arab and Israeli teenagers have been killed – with some described as alleged “acts of revenge”.

Students returned to the school today but this is not the first time it has been the target of hate crimes, although this is the first time an attack has happened indoors.

The school CEO Shuli Dichter said, as reported by the Jewish Press: “This is not the first time that our shared civic endeavor has been targeted. Even when they stain our school walls, they will not succeed in destroying our work.

“In addition to strong condemnations and expressions of support, we invite the Israeli public to join us in building civic cooperation among Jews and Arabs in Israel.”
Around 300 people rallied outside the school to show their support with banners in Arabic and Hebrew saying “Spread light instead of terror” and “No to hatred, no to racism, yes to coexistence, yes to partnership.”

The Balad party, who reject the idea of a solely Israeli country and support the idea of a bi-national state, fiercely condemned the attack as “an act of terror” and criticised the Israeli authorities over their alleged inaction to find the perpetrators.

THE father and stepmother of a boy who was found behind a fake wall four years after he was reported missing have made an initial court appearance in the US state of Georgia.

Gregory Jean, 37, and Samantha Davis, 42, appeared in a Clayton County court near Atlanta on Sunday on charges of obstruction, false imprisonment and child cruelty.

They were both denied bond, so must remain in jail for now, local media reported.

The couple were arrested, along with three juveniles, on Saturday after police found the 13-year-old boy hidden behind a false wall in a linen cupboard of their home near Atlanta.

The strange case apparently started when the boy went to visit his father in 2010.

Police told Atlanta’s Channel 2 the mother then reported him missing to child welfare authorities, but not to police, possibly because she was an immigrant and unfamiliar with the legal system.

Clayton County police were called to a house late on Friday, but the occupants denied any knowledge of the child.

Just to be sure, police searched the house. They found nothing, local media said.

But hours later police received another call and this time the boy was able to tell his mother where he was being held.

According to Channel 2, the teen had found a mobile phone and downloaded an app through which he contacted his mother, who was in Florida.

He was being hidden behind a panel in a linen closet in the garage, the news station reported.

“It shocked all of us, honestly,” one neighbour said.

“They were really nice people, they were open. They were like, ‘Hey, come over any time you want’.”

Neighbours said the boy was seen at times working in the yard, and that they heard that he was homeschooled, reports said. 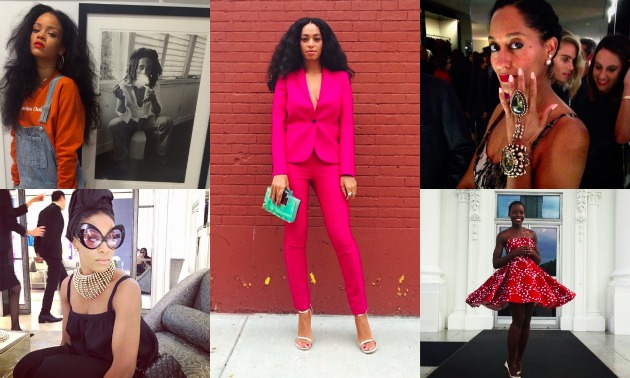 Our favorite celebrities to follow on Instagram could give fashion bloggers a run for their money. These style savants regularly post #OOTD (that’s outfit of the day) photos, even tagging the designers that keep them dressed to the nines. They treat Instagram like their personal fashion diary, giving their followers a play-by-play of every stylish outfit they wear.

MUST READ: DO IT FOR THE GRAM: 20 Most Stylish Instagram Couples

Whether it’s Solange posing against a bright wall in mixed prints, or Kerry Washington giving you the rundown of her latest red carpet look, these celebs are a constant source of style inspiration. Ahead, 15 stylish celebrities who you won’t mind seeing in your Instagram feed.